Clash of the Titles has a great selection of books in our give away this week. Shelley Adina will donate a copy of Lady of Devices, Keven Newsome offers a choice between a signed print copy of Winter OR two e-books, one of Winter and one of Aquasynthesis. James Rubart gives away a copy of The Chair.


Wow! Vote in order to enter. You'll find the voting box below. You can also leave a comment on any COTT post or on our Facebook page. Multiple entries encouraged!

Many times we hear a word or phrase and another comes to mind. The two go together so well we can’t think of one without recalling the other. Some easily recognized pairs come from life experiences, others from songs, books or movies. Here are a few to complete just for fun.


4. From Books and Television: The Hardy Boys / _____ ______. This series was based on two series published by Edward Stratemeyer.


5. A heroine in a book. Her name is in the title. ______ of Green Gables. This book was published in 1908 by Canadian author Lucy Maud Montgomery. Originally written for all ages, recently it’s been considered a  children’s book. Since publication it’s sold 50 million copies, and is taught to students  worldwide. It’s been adapted to film, television and stage.


6. The prey in a tale of the sea.  Captain Ahab and the great white_____. Published in 1851 by Herman Melville, this is  one of the great American novels. It tells the story of Ishmael, a sailor on a ship named  Pequod.


That was fun. Now vote for your pick in the cover and book blurb Clash. When we read the blurbs, do the images on the front of the books come to mind and vice versa? If so, which of these go together best? Later when you think of what the book blurb has to say, will you see the cover in your mind’s eye?    Please vote for one.

Cover and Blurb A 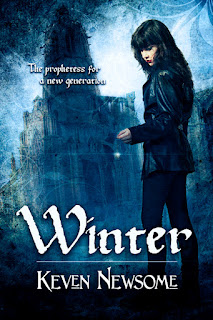 We're all freaks. It's just a matter of perspective.
Winter Maessen didn’t ask for the gift of prophecy. She’s happy being a freak – but now everyone thinks she’s crazy. Or evil. Goths aren’t all the same, you know. Some are Christians…
Christians to whom God sends visions. Students at her university are being attacked, and Winter knows there’s more than flesh and blood at work. Her gift means she’s the only one who can stop it – but at what price?

Cover and Blurb B 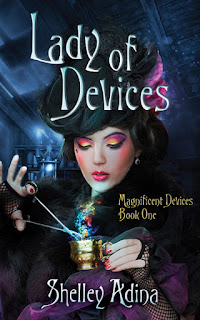 London, 1889. Victoria is Queen. Charles Darwin’s son is Prime Minister. And steam is the power that runs the world. At 17, Claire Trevelyan, daughter of Viscount St. Ives, was expected to do nothing more than pour an elegant cup of tea, sew a fine seam, and catch a rich husband. Unfortunately, Claire’s talents lie not in the ballroom, but in the chemistry lab, where things have a regrettable habit of blowing up. When her father gambles the estate on the combustion engine and loses, Claire finds herself down and out on the mean streets of London. But being a young woman of resources and intellect, she turns fortune on its head. It’s not long before a new leader rises in the underworld, known only as the Lady of Devices . . . When she meets Andrew Malvern, a member of the Royal Society of Engineers, she realizes her talents may encompass more than the invention of explosive devices. They may help her realize her dreams and his . . . if they can both stay alive long enough to see that sometimes the closest friendships can trigger the greatest betrayals . . . 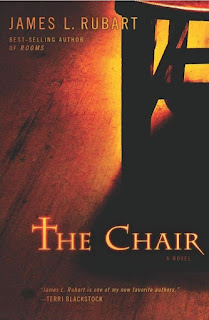 If someone gave you a chair and said it was made by Jesus Christ, would you believe them?
When an elderly lady shows up in Corin Roscoe's antiques store and gives him a chair she claims was crafted by Jesus, he scoffs. But when a young boy is miraculously healed two days after sitting in the chair, he stops laughing and starts wondering . . . could this chair heal the person whose life Corin destroyed twelve years ago? As word spreads of the boy's healing, a mega-church pastor is determined to manipulate Corin into turning over the chair. And that mysterious woman who gave him the piece flits in and out of his life like a shadow, insinuating it's Corin’s destiny to guard the chair above everything else. But why? Desperate, he turns to the one person he can trust, a college history professor who knows more about the legend of the chair than he'll reveal. Corin's life shatters as he searches for the truth about the artifact and the unexplained phenomena surrounding it. What’s more, he's not the only one willing do almost anything to possess the power seemingly connected to the chair. Please vote below, and don't forget to enter to win one of these great books.

Create your free online surveys with SurveyMonkey, the world's leading questionnaire tool.
Posted by Sidney W. Frost at 7:00 AM