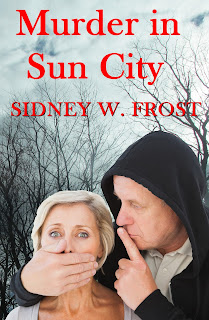 One way to announce a new book is to give away copies. I think Goodreads is an ideal place to use to do so.

Why? They reach a lot of readers.

However, if you're hoping to collect the names and email addresses of those who entered the giveaway the way you can using Rafflecopter, Goodreads is not the place to use.

Goodreads only shows you the names and addresses of the winners. AND, you're not supposed to contact the winners for any reason other than sending them the book.

I have no problem with that since my goal was to let readers know about my new book.

I ran the giveaway from January 5, 2016 to February 5, 2016 and 1,151 people entered the drawing for ten books. I allowed entrants from the United States, Canada, United Kingdom, and Australia.

Since I am an Amazon Prime member with free shipping, I ordered the books on Amazon and had them shipped directly to the winners. As soon as I get notification that the books were delivered, I'll delete the winner's names and addresses.

If you had hoped to win a copy of Murder in Sun City and didn't, order yours here: