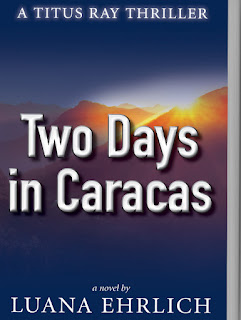 On the hunt for an assassin, Titus Ray faces a threat he never imagined.
Can he overcome the obstacles and capture Ahmed Al-Amin before it's too late?

In this pulse-racing Christian thriller, CIA intelligence officer, Titus Ray, travels from Costa Rica to Venezuela in an effort to stop Ahmed Al-Amin, a Hezbollah assassin, from murdering a high-profile government official. Along the way, a family crisis jeopardizes his mission, and an Agency division head threatens to destroy his career. As the danger mounts, he’s forced to partner with an untested operative to complete the mission and bring Ahmed to justice. Will he make it in time?

What COTT voter had to say:

--Great book. So exciting! Two Days in Caracas.
--The first book, One Night in Tehran, was excellent so reading the second book in the series is a given. Looking forward to it!
--Loved the book, "Two Days in Caracus" by Luana Ehrlich
--Luana Ehrlich is a wonderful storyteller! LOVE her books!
--Luana, I love the realism of your characters and the accuraccy of your research into the espionage community.
--I will be reading Luana Ehrlich's newest book!
--Luana, you are a fabulous writer. I am so excited to read Two Days in Caracus!

Is there a message for readers to take away after they read these stories?

If there's an underlying message in the series, it's that God is always at work in the lives of unbelievers to bring them to faith in Christ. Titus is a career intelligence officer, dedicated to carrying out deceptive, treacherous, sometimes violent, operations against both individuals and governments. He was raised in a dysfunctional family with no spiritual upbringing. Yet, while hiding out from Iran's secret police, he is confronted with the truth of the gospel. The message is simply that a conversion experience often happens to the most improbable people in the most unlikely of 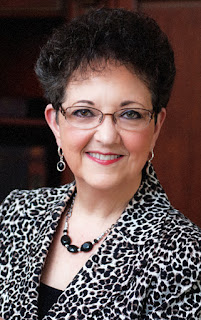 In addition, contained in each of the books is the reality all believers must face—how to live out the Christian faith. Titus is forced to deal with what it means to be a follower of Christ in the world in which he operates. The first book primarily deals with his attempts to pray, but he also buys a Bible and attends church for the first time. Then, in Two Days in Caracas, Titus is thrust into several situations where he’s faced with the need to offer forgiveness for past sins. These are gut-wrenching episodes, and he’s not always successful.

Tell us a little about yourself.

I grew up as a preacher’s kid, and it was actually my dad who gave me my first spy novel when I was eleven years old. After that, I was hooked on the thriller/suspense/mystery genre forever. I’m also a news fanatic, and I follow events around the world on a daily basis, particularly the Middle East.

I married a minister, and we’ve lived in several states in the South and Midwest and have served as missionaries in Costa Rica and Venezuela. For the past two decades, we’ve lived in Norman, Oklahoma, where my husband has been the pastor of a Baptist church.

I’ve also done freelance work for Baptist Press, a national news service for Baptists, reporting on the experiences of newly converted Christians. And, in a similar fashion, when we lived in Indiana, I wrote a weekly column for The Indiana Baptist, which told the stories of ordinary people who became followers of Christ. I belong to several organizations for writers, including the American Christian Fiction Writers.

Where can we find you?

My personal website is www.LuanaEhrlich.com, and then I have a website devoted to my thrillers, www.TitusRayThrillers.com. I blog at His Glory My Joy and I’m the Blessing Box Blogger.
Posted by Sidney W. Frost at 6:00 AM

Email ThisBlogThis!Share to TwitterShare to FacebookShare to Pinterest
Labels: Clash of the Titles, COTT, Luana Ehrlich