A single mother must protect her teenage son—from organized crime and from himself. 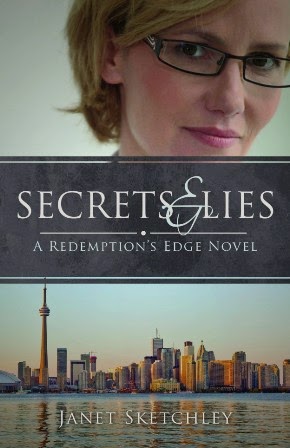 Secrets and Lies, by Janet Sketchley

About the novel:
Carol Daniels thinks she out-ran her enemies, until a detective arrives at her door with a warning from her convict brother. Minor incidents take on a sinister meaning. An anonymous phone call warns her not to hide again. Now she must cooperate with a drug lord while the police work to trap him. Carol has always handled crisis alone, but this one might break her. Late-night deejay Joey Hill offers friendship and moral support. Can she trust him? One thing’s certain. She can’t risk prayer.

What reviewers are saying:


“Secrets and Lies delivers engaging characters and a sweet romance in the midst of a single mom’s worst nightmare.” ~ Sandra Orchard, award-winning author of Deadly Devotion and Blind Trust


“Secrets and Lies takes up where Heaven’s Prey left off, and is another great thriller by Janet Sketchley. With the backdrop of music and family, Secrets and Lies could really be defined as a retelling of the Ultimate Redemption. Sketchley is very adept at writing about the sometimes intricate and confusing relationships that make up a family. This one is not to be missed.” ~ Linda Hall, award-winning author of Steal Away (Christian fiction) and Night Watch (mainstream) 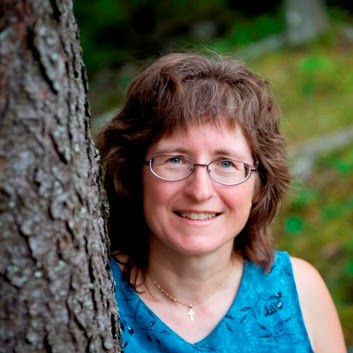 A note from the author:
Secrets and Lies is a book 2 in the Redemption’s Edge series. I met Carol, the heroine, through writing her brother Harry’s story in Heaven’s Prey, and I knew her life had not been easy. I also knew she needed the Lord. Secrets and Lies gives her the chance to find Him—unless her enemies find her first. For more about Carol and the other key characters, visit the Secrets and Lies book page. Scroll past the buy links, and you'll find interviews and features, plus a YouTube playlist of the classic oldies (with a few extras) mentioned by title in the novel. This is a Christian novel, but Carol loves her mainstream classic rock. Check out the Secrets and Lies playlist on YouTube. There are a few other things in there that only make sense if you've read the book.

What COTT voters had to say:


"Janet Sketchley writes with care and integrity, creating suspenseful stories that stay with the reader for a long time."
"I love a good mystery/suspense read and Secrets & Lies looks fantastic!"
"Secrets and Lies by Janet Sketchley intrigues me and I think, of the six books shown, I would be most likely to add this one to my pile of books to read."
"In "Secrets & Lies", Janet Sketchley has written another "can't put me-down book". It equals "Heaven's Prey" and may even surpass it. Can't wait for the third "Redemption's Edge" novel to be published. Keep up the good work, Janet!"
"Janet Sketchley - this book sounds like something I would love!"
"Almost finished Secrets & Lies. It's another "page turner" like Heaven's Prey."
"Secrets and Lies - great cover for a great read."
"It's such a busy month, but I'm really looking forward to getting back to "Secrets & Lies."
"Janet Sketchley, keep on doing what God's calling you to do! Exciting things lie ahead!"
"Janet, despite the darkness indicated in your title, I'm confident that in "Secrets and Lies" you bring forth the light of truth and the triumph of redemption."
"Janet, You continue to inspire me! You went for it and look at where you are now? 2 novels under your belt! Can't wait to see what God has in store..."
"I thoroughly enjoy reading Janet Sketchley's novels. I feel like I personally know the characters. Best of luck Janet!"


About the author: Janet Sketchley is the author of Heaven’s Prey and Secrets and Lies, two novels of suspense and redemption (available as print and ebooks). She also blogs about faith and books. Janet loves adventure stories, worship music, tea and Formula 1 racing. Like Carol in Secrets and Lies, she enjoys music and tea. Unlike Carol, Janet isn’t related to a dangerous offender, has a happy home life, and has never been threatened by a drug lord. May those tidbits continue to hold true!

Fans of Christian suspense are invited to join Janet’s writing journey through her monthly newsletter.
Posted by Sidney W. Frost at 6:00 AM

Email ThisBlogThis!Share to TwitterShare to FacebookShare to Pinterest
Labels: Clash of the Titles, COTT, Janet Sketchley, Secrets and Lies