On October 22, 2014, A Miracle of Hope won Clash of the Titles' Laurel Award. During a six-week period, the novel's first 3,500 words were read and judged by avid readers of Christian fiction who determined it to be the worthiest to receive the 2014 Laurel Award.

Clash of the Titles extends a heartfelt congratulations to author Ruth Reid for her commendable work. We wish God's abundant blessings on her future projects.

“A Miracle of Hope quickens a reader’s heart in hope that one child’s faith will be miracle enough.” –Alan Daugherty, News-Banner columnist

About A Miracle of Hope
Lindie Wyse thinks an arranged marriage is the only way to preserve a future for herself and her unborn child. Josiah Plank is certain he’ll never love again, but he needs someone to care for his deaf eight-year-old daughter, Hannah. The two take on their arrangement tentatively at first but soon realize they are each in for more than they imagined. After a short time, Lindie experiences a breakthrough with Hannah when she recognizes the child’s special gifts, but a risky pregnancy and serious health issues threaten to demolish the foundation Josiah and Lindie are building—and the love that is growing between them.

Will their marriage survive their struggles, or will their hearts become as cold as the northern winter?

“A beautifully written love story, A Miracle of Hope is both heartwarming and heartbreaking and features believable, charming characters who are willing to do whatever it takes for love.” 4 stars, RT Book Reviews

About Ruth:
Ruth is a CBA and ECPA best-selling author of the Heaven on Earth and Amish Wonders series. When attending Ferris State University School of Pharmacy in Big Rapids, Michigan, she lived on the outskirts of an Amish community and had several occasions to visit the Amish farms. Her interest grew into love as she saw the beauty in living a simple life. Ruth resides in Florida with her husband and three children.
She can be reached HERE.

“…Ruth’s descriptions of Michigan’s Upper Peninsula during the winter are vivid and almost hauntingly beautiful—yet the hardship and “cabin fever” element are very real. But it’s character depth that is this story’s strength…” –Carole Jarvis, Amazon Review

Ruth's Upcoming Projects:
Her Christmas Pen Pal, a novella in An Amish Second Christmas collection released October 2014.
A Woodland Miracle will be released in January 2015
She is currently working on book three of the Amish Wonders Series (untitled at this time; release is planned for 2016).


Clash of the Titles has opened its doors for submissions to the 2015 Olympia. 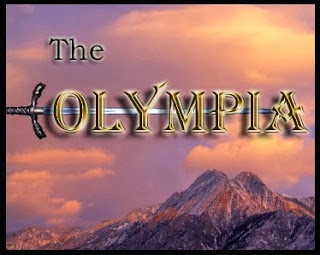 The Olympia is COTT's yearly contest for unpublished writers. The submissions are judged by their audience—readers well versed in Christian fiction yet not associated with the CBA industry.

Authors write for readers, so why not have readers be the judges?

Finalists in the contest will also have their work read and judged by three industry professionals!

With a submission fee of only $15, easy electronic submission, a bevy of prizes, and judges devoted to Christian fiction and author encouragement, the Olympia is a contest like no other.


But once our doors are open, you'll need to act quick! Slots are limited. To avoid overburdening our volunteer judges, we are limited in the number of submissions we can accept.

Stay tuned for updates by
subscribing to COTT's blog and “liking” our Facebook page.
Posted by Sidney W. Frost at 6:00 AM

Email ThisBlogThis!Share to TwitterShare to FacebookShare to Pinterest
Labels: A Miracle of Hope, Clash of the Titles, COTT, Ruth Reid