Besides giving away a fantastic
Birthday Bundle of Books,
Clash of the Titles is showcasing another
can't-pass-it-up new release. 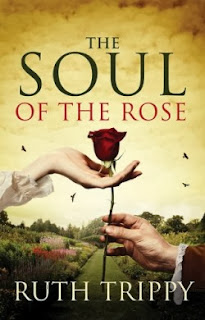 Soul of the Rose
by Ruth Trippy

ABOUT THE BOOK:
"And the soul of the rose went into my blood..." This line from a Tennyson poem enchants young Celia Thatcher, who supposes every woman's heart hopes to be the rose that captivates a man. Celia is searching for her own sense of hope after the tragic death of her closest friend. Moving in 1876 to work in a Massachusetts bookstore to start life afresh, she soon catches the eye of not one, but two men: the elite but unkempt Edward Lyons and the charming law student Charles Harrod. One is hiding from his past and from God. The other promotes a religious belief Celia had never before considered. Both leave Celia wondering if either are right for her. When one of her suitors is accused of murder, Celia is challenged with a deeper choice: should she follow her heart or her faith? 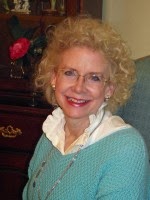 ABOUT THE AUTHOR:
Ruth Trippy was born in western Michigan to a Dutch family with values similar to the Victorian era she loves. She left home to teach high school language arts in Florida, focusing on American and British literature, and also pursued her interest in apologetics. In addition, she worked as Public Service Director for a radio station in Ft. Lauderdale.

Her writing originated from experiences in her marriage. Her husband was a tough, adventurous Louis L'Amour type individual and needing encouragement in the relationship, she found it in the pages of a 19th century romance novel.

To learn more about The Soul of the Rose, visit the author at her website: www.ruthtrippy.com

Clash of the Titles Turns Three!
So we're giving away THREE books
to ONE lucky winner.

By entering the contest, you understand that:
*The books may arrive in Kindle, Nook, or paperback format, according to each authors' preference.
*Each author will send his/her book directly to the winner.
*COTT cannot be held responsible for missing prizes.
*Entry in this contest does NOT subscribe you to any feeds, newsletters, or other publications or networks

Email ThisBlogThis!Share to TwitterShare to FacebookShare to Pinterest
Labels: Clash of the Titles, Contests, COTT, Ruth Trippy, Soul of the Rose