Clash of the Titles extends a heartfelt congratulations to author MaryLu Tyndall for her exemplary writing. We wish God's richest blessings on her future work. 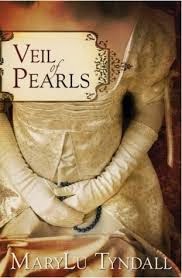 About Veil of Pearls:

Be swept away to Charleston of 1811, a city bustling with immigrants like Adalia, who is a runaway slave so light-skinned that no one guesses her past. Terrified her secret will be discovered, she settles into a quiet life making herbal remedies for a local doctor. But when Morgan, the handsome son of a prominent family, sweeps her into his glamorous world—a world in which the truth about Adalia’s heritage would ruin them both—suspicions and petty jealousies are aroused. What will Morgan do when he discovers that the woman he has fallen in love with is a runaway slave? 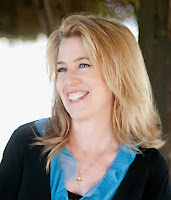 of the Legacy of the King's Pirates series is known for her adventurous historical romances filled with deep spiritual themes. She holds a degree in Math and worked as a software engineer for fifteen years before testing the waters as a writer.

MaryLu currently writes full time and makes her home on the California coast with her husband, six kids, and four cats. Her passion is to write page-turning, romantic adventures that not only entertain but open people's eyes to their God-given potential. MaryLu is a member of American Christian Fiction Writers and Romance Writers of America.


For more information on MaryLu and her upcoming releases, please visit her website at http://www.mltyndall.com or her blog at http://www.crossandcutlass.blogspot.com/
Posted by Sidney W. Frost at 9:41 AM