Beach trips, mountain jaunts and lazy days in the swing on the front porch. Tis the season to enjoy a great read outdoors. Clash of the Titles’s got five brand new April releases to recommend. It’ll be difficult to choose from these three romances, a mystery with suspense, and women’s fiction. The stories tell of a woman who falls in love with an Army veteran with PTSD; a kidnapped doctor accused of murder; a woman yearning for a family; a lady with a heart attack and spiritually broken heart; and three unwed mothers from three different eras. All will tug at your heart. But please select the one you most want to get lost in. Then vote for it below.

Cindy Waymire, a college senior in search for a topic for an upcoming sociology paper, finds more than a topic when she meets Army veteran and college freshman Danny Flynn outside the student union. An undeniable attraction to this troubled veteran leads her on a difficult and winding path that brings her to a crossroads—get into a relationship with a man who has serious mental health problems or turn her back on one of the best men she’s ever met. 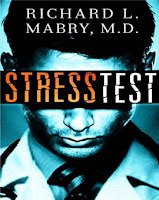 Dr. Matt Newman escapes from kidnappers only to land in the ICU then awaken to find the police are convinced he’s a killer, and he’s still a target. Can attorney Sandra Murray and he find the truth before it’s too late?

Terri Hayes owns a thriving Day Care but hungers for a child of her own  while  writer Steve Evans has all the family he needs. Will harsh words and sneaky plans drive them further apart, or does God have another plan?

What would you do if the one man who can help is the one man you can’t trust? A heart attack has stopped workaholic Mara Keegan in her tracks, but Mara’s heart needs to be healed in more ways than one—will Joel Ryan help her or take all she has left?

Three women from three different eras face the aftermath of unwed pregnancies, desperate for hope. Can it be found in the memoirs of Anna, who ran a home for unwed Moms in the 1890’s, or is there no link to their cries for help and their source of hope?

Create your free online surveys with SurveyMonkey , the world's leading questionnaire tool.
Posted by Sidney W. Frost at 6:00 AM