Congratulations to the Clash of the Titles New Winner, Stress Test by Richard Mabry! 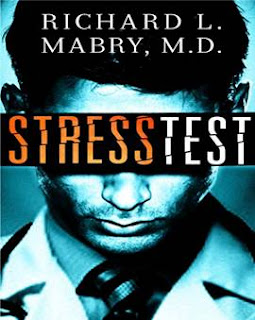 Dr. Matt Newman thought he was leaving his life as a surgeon in private practice for a better one in academic medicine. But the kidnappers who attacked him as he left the hospital at 2 a.m. have no such plans—they just want him dead. Bound and in the trunk of his car, Matt’s only thought is fleeing with his life. He does escape, but at a price: a head injury that lands him in the ICU . . . where he awakens to discover he’s being charged with murder.

Sandra Murray is a fiery, redheaded lawyer who swore she was done with doctors after her last relationship. But when Matt calls, she knows she can’t walk away from defending someone who is truly innocent.

Matt’s career is going down the drain. His freedom and perhaps his life may be next. But with the police convinced he’s a killer and the kidnappers still trying to finish what they started, finding the truth—and the faith to keep going—will be the toughest stress test Matt has ever endured.

From the Clash of the Titles Commenters

What The Reviewers Are Saying

“The plot moves along with plenty of action and empathy, and there’s suspense and suspicion enough to keep readers zipping to the last pages. For Christian suspense fans anxious to see characters who ought to have it all—doctors and lawyers—react to the pressure of false accusations and the struggle to be loyal to the truth and to one another, Mabry’s novel arrives with a positive prognosis.”  Publisher’s Weekly 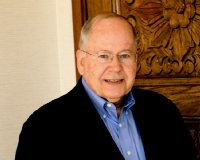 Dr. Richard Mabry is a retired physician, past Vice-President of the American Christian Fiction Writers, and the author of six published novels of medical suspense. His books have been finalists in competitions including ACFW’s Carol Award and Romantic Times’ Inspirational Book of the Year. His novel, Lethal Remedy, won a 2012 Selah Award from the Blue Ridge Mountain Christian Writers Conference. Stress Test is Richard’s latest novel.

Where To Buy Stress Test: (if you go to http://rmabry.com, there are buttons at the bottom directing the reader to the sites on Amazon, Barnes and Noble, ChristianBook.com, and independent publishers)
Posted by Sidney W. Frost at 9:37 AM

Email ThisBlogThis!Share to TwitterShare to FacebookShare to Pinterest
Labels: Clash of the Titles, COTT, Richard Mabry