COTT: Series Feature: The Hawk and the Dove

Clash of the Titles is proud to feature The Hawk and the Dove series by English writer Penelope Wilcock! With the first books written in the early 90s and the remainder published 20 years later, the Hawk and the Dove  series has captivated readers for decades.

Set centuries ago, these books offer an authenticity not often found in historical novels of this time period. The author has woven truths through the books that resonate with the deepest struggles of our own hearts, but she has also lived out much of what she writes about. She has spent time working with nuns and monks, heavily involved in palliative care in the most primitive of modern facilities. Her experiences most closely mimic care that would have been offered in the medieval setting of her stories. Read more about this author's incredible journey and life in the interview below with International Christian Fiction Writers.

Read an interview with Penelope Wilcock 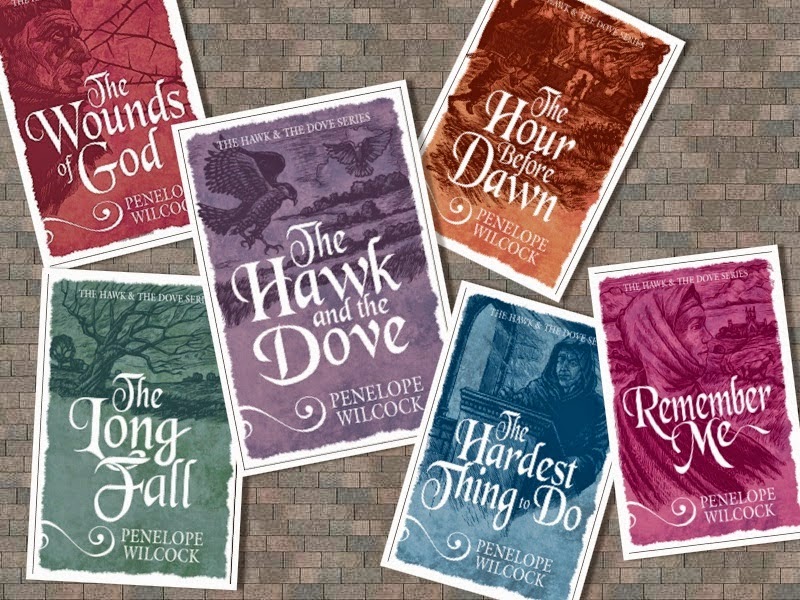 The Hawk and the Dove


14th-century Yorkshire, the time of Chaucer

Father Peregrine is appointed Abbot of St. Alcuin's Benedictine abbey. An arrogant, impatient man, a hawk trying hard to be a dove—his name in religion is "Columba"—he is respected, but not loved.

A sudden, shocking act of violence changes everything. As the story unfolds, this community of monks, serious about their calling but as flawed and human as we are, come to love their ascetic but now vulnerable leader.

They lived six centuries ago, but their struggles are our own: finding our niche; coping with failure; living with impossible people; and discovering that we are the impossible ones.

“Not to be missed.” —Mel Starr, author of The Chronicles of Hugh de Singleton, Surgeon series

Penelope Wilcock is a full time writer and a former Methodist minister, prison and hospice chaplain, who lives in Hastings on England’s south coast with her family. Her popular blog, Kindred of the Quiet Way, attracts a wide international audience.

Email ThisBlogThis!Share to TwitterShare to FacebookShare to Pinterest
Labels: Clash of the Titles, COTT, Penelope Wilcock