"If you need one of those “Ahh…” moments, consider taking a trip with Keith and Naomi and read Londonderry Dreaming"
--Sandy Ardoin, Romance Author and Blogger 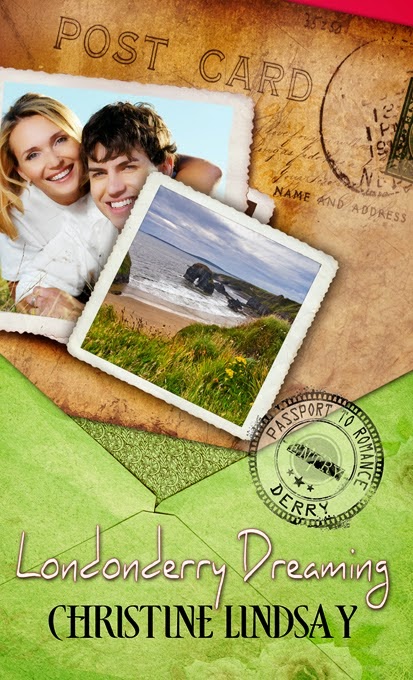 About Londonderry Dreaming:
Acclaimed New York artist, Naomi Boyd, and music therapist, Keith Wilson, loved one another five years ago, until her grandfather with his influence over Naomi separated them.

That root of bitterness keeps them apart until a letter from Keith’s grandmother, Ruth, draws Naomi to Londonderry to find she’s too late. Ruth has passed on. After the death of his beloved grandmother, Keith has also come to Londonderry only to open the door to his past…Naomi...beautiful as ever, the girl who broke his heart.

A mysterious painting in Ruth’s attic brings up questions about their grandparents’ entwined past and their own broken romance. But more comfortable with the unspoken languages of art and music, Naomi and Keith find it difficult to share their old hurts and true feelings.

Will the majestic coastline of Northern Ireland inspire them to speak the words to bring peace to their grandparents’ memory and to rekindle love?

What COTT voters had to say:


* Christine, I am glad to see that you have given your talents to the age old problem of "family feuds" which can go for generations and young ones don't know what the feud is all about. I am sure that the 'attic painting' will be a puzzle too good to put down. Maggie
* I am such a fan of Christine's and love her novels!
* Londonderry Dreaming - Have thoroughly enjoyed this new author, Christine Lindsay's books. Anxiously waiting for the release of her 3rd book in the trilogy The Twilight of the British Raj. Brenda C.
* I've just finished reading Londonderry Dreaming, and it is definitely my choice. Christine Lindsay is an extraordinary writer!
* Simply put, I am a fan of Christine Lindsay's writing and I haven't read the others' work. I know what to expect and I know I'll be delighted!
* I've loved all of Christine's books. This one will be no different!


About Christine:
Christine Lindsay was born in Ireland, and is proud of the fact that she was once patted on the head by Prince Philip when she was a baby. Her great grandfather, and her grandfather—yes father and son—were both riveters on the building of the Titanic. Tongue in cheek, Christine states that as a family they accept no responsibility for the sinking of that great ship. 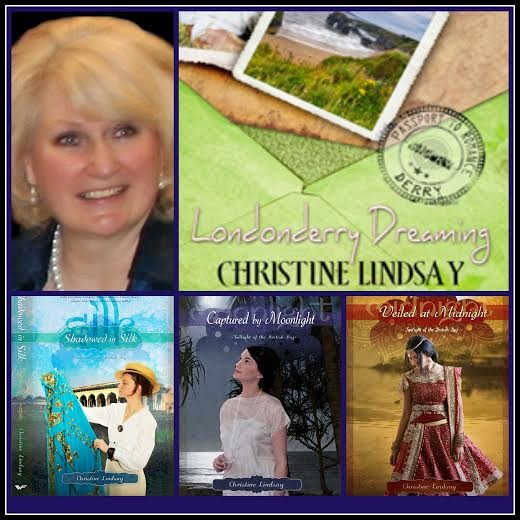 It was stories of her ancestors who served in the British Cavalry in Colonial India that inspired her Multi-Shadowed in Silk, Book 2 Captured by Moonlight, and Christine is currently writing the final installment of that series called Veiled at Midnight to be released August 2014.
award-winning, historical series Twilight of the British Raj. Book 1
Londonderry Dreaming, Christine’s romance novella set in N. Ireland released Feb. 21, 2014.
Aside from being a busy writer and speaker, Christine is also VP of Christian Authors’ Network. She makes her home in British Columbia, on the west coast of Canada with her husband and their grown up family. Her cat Scottie is chief editor on all Christine’s books.

Christine, we hear you had a lot of fun writing the Irish brogue into your book.
"I really hope readers enjoy this humorous aspect, especially the dialogue from the fictional 'Irish cousins'. I was born in Ireland and raised in Canada, but all my extended family is Irish---so I know how they talk and think. Much of what the Irish cousins say in the book is what I have heard my cousins say when they tease each other.  I get such a kick out of their blarney...oh...my...do I love their blarney."

Find more great reads all year long at Clash of the Titles.com!