For all those who need to unplug from our high tech world, Clash of the Titles presents a novel about reconnecting with those dearest to us, about turning off the cellphone and living in reality. Although written from the perspective of a new teen, Edna in the Desert applies to all ages. 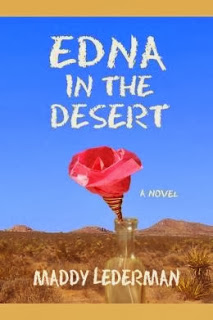 About Edna in the Desert:
Edna is a precocious trouble-maker wreaking havoc at her Beverly Hills school. Her therapist advocates medication, but her parents come up with an alternative cure: Edna will spend the summer in the desert with her grandparents. Their remote cabin is cut off from cell phone service, Internet and television. Edna's determined to rebel until she meets an older local boy and falls in love for the first time. How can she get to know him from the edge of nowhere?

What readers have to say:
*  "Maddy Lederman is a 21 st Century Judy Blume"
* "The author displays literary maturity in her subtle, nuanced and patient treatment of Edna's movement from self-centered to other-centered.I recommend this book to all - not just the YA group & I hope to read other books from this author."
* "Loved this book, brought up so many things I think about in terms of kids, technology and our materialistic society."

About the author:
Maddy Lederman's writing has appeared in The Huffington Post, The Los Angeles Times and The Sun 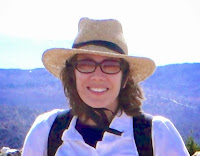 Runner, a magazine about California deserts. Maddy has an MFA in Acting from Brooklyn College. After school she discovered what it's like to wait around at auditions all day, and so she did not pursue an acting career. Edna In The Desert is Maddy's first novel.

Q&A with Maddy:
What has drawn you to writing for the YA market?
I wanted to write a warm, amusing story about how a modern teenager would react to being totally unplugged. Some of my friends’ kids don’t even look up from their phones to say hello, and I wonder where this is taking our culture. My character, Edna, is thirteen, so the YA market was naturally drawn to my book, but I wasn’t drawn to a particular market. I’ve found that adults enjoy Edna In the Desert as much as teens.

What is the quirkiest thing you have ever done?
I’ve done many quirky things, a lot of them in the desert! I took a “sound bath” at The Integratron. I hiked up a mountain in 110 degrees on a first date and eventually married the guy. My job in film and TV creates endless quirky opportunities, for example, covering Adam West, TV’s Batman, in creamed corn. We met years later in Palm Springs and laughed about it.


Visit Clash of the Titles for the latest in Christian fiction!

*taken from Amazon reviews
Posted by Sidney W. Frost at 6:00 AM

Email ThisBlogThis!Share to TwitterShare to FacebookShare to Pinterest
Labels: Clash of the Titles, COTT, Edna in the Desert, Maddy Lederman