COTT: A Novel to Dance About

If you're a fan of "Dancing with the Stars," have dreamed of being swept across a ballroom floor, or if you're any sort of lover of romance, you'll want to know more about this week's featured novel! It's volume one in the Sisters of Redemption Series and is a resource for those seeking to recover true joy in their lives.

This Dance
by Jerusha Agen 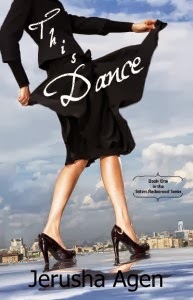 A tragedy three years ago destroyed Nye's rise to the top of the dancing world as an upcoming tango star, and in the process destroyed her reason for living. She survived the pain and built a new life resembling nothing like the one she left behind, determined never to hurt again.

Nye's emotional walls hold up perfectly until she meets a handsome lawyer and an elderly landowner. They seem harmless, but one awakens feelings she doesn't want and the other makes her face the God she can't forgive. Will these two men help Nye dance again?

Q&A WITH THE AUTHOR:

Q. What issues do your characters face that will speak to the heart of your readers?
A. Where do I start? Nye’s story hits on a lot of pertinent issues that I think most of us have to deal with in our lives. On the basic level, there are the issues of grief and loss, as well as fear of experiencing more loss in the future. While Nye likes to think she has control over her life, she’s really being controlled by her repressed grief and fear of being hurt again.
Then there’s the issue of joy. Nye has lost whatever enjoyment she once had in life. Her fear of pain keeps her from seeking anything that might bring her joy, while her sorrow prevents her from believing there could be anything that would bring her happiness ever again.
I hope that readers who are struggling with a painful loss, who know the fear of being hurt, or who have lost the sense of joy in their lives will find hope in reading Nye’s story.

Q. What advice based upon scripture would you give a reader who is dealing with the issues that are front and center in your current release?
A. Remember that God is in control and that He’s a loving God, who will work out ALL things for the good of those who love him (Romans 8:28). You can try to control your life like Nye does and try to avoid things that might cause you pain. It might seem to work for a while, but, sooner or later, you’ll realize that you can’t control anything.
That might sound scary, but it isn’t when you know the God who is in control, when you know that He’s good, that He loves you and has the wisdom to see the big picture that you can’t see (Jeremiah 29:11). As much as whatever you are going through may hurt right now, cling to the truth that God is there and that, in the very end, everything, no matter how awful it seems now, will be turned into victory (1 Corinthians 15:54).

ABOUT THE AUTHOR:
Jerusha Agen is a lifelong lover of story--a passion that has led her to a B.A. in English and a highly varied career. 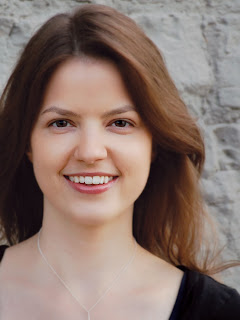 A member of American Christian Fiction Writers, her fiction and nonfiction have been published in various journals, magazines, and newsletters. Jerusha is the author of the Sisters Redeemed Series. Book One, This Dance, released in August 2013. This Shadow, Book Two, will be released in February 2014.

Jerusha is also a screenwriter, and several of her original scripts have been produced as films. In addition, Jerusha is a film critic, with reviews featured at the website, www.RedeemerReviews.com.

Email ThisBlogThis!Share to TwitterShare to FacebookShare to Pinterest
Labels: Christian Fiction, Clash of the Titles, COTT, Jerusha Agen, This Dance