This week, Clash of the Titles is featuring a rare genre--
contemporary allegory.
If you've been itching for something different, this one should do it! The Song of the Tree contains a message that applies to each of us at some point in our lives. It moves the God-seeker from fist shaking stance, down to knees before the throne.

PURCHASE THE BOOK ON AMAZON


About The Song of the Tree:
Despite promises of eternal joy given by the Tree of Life, a privileged young woman loses everything in a brutal war. Her husband disappears; her family is murdered; her home is burned to the ground.
Desperate, starving, and burdened with an unwanted child, she now despises and rejects the Tree she once worshiped. Ripped from her land and people, forced into survival immigration, she becomes a lowly refugee, a servant in the homes of the rich. Her unusually gifted child thrives, but is an ever present reminder of ultimate loss and betrayal.
Two women: one broken, the other rooted in bitterness, continue to be drawn towards the song of a Tree that will not let them go. Along roads of degrading poverty and equally destructive wealth, each much wrestle with the siren call of perfect love, and its altar sacrifice of perfect trust.

About the author, Lotis Key: 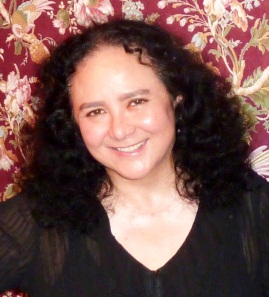 Lotis Melisande Key has lived a life of wide travel and curious variety. She’s raised horses in the Australian outback; skied the Alps; run tours through a tropical jungle; bought & sold antiquities. She’s been a restaurateur; a breeder of show cats; a third world church planter. She’s worked in an orphanage, and run a ministry that puts children through school.

After a professional theater début at the age of twelve, she subsequently starred in over seventy five feature films for the Asian market. She’s also hosted numerous television and radio shows. Upon settling in the United States, she signed with Chicago, New York, and Minneapolis based talent agencies, expanding into American on-camera and voice over narration, industrial videos, trade shows, professional theater, television, and radio commercials.

Retiring from secular work, she founded MESSENGERS, a Christian theater arts group based at Bethlehem Baptist Church in Minneapolis (themessengersfeet.org). As artistic director, she toured the company throughout the US, Canada, and Asia.

Vice-president of the Minnesota Christian Writers Guild, Lotis is a passionate storyteller. Her work focuses on the mystery of God, and His incomprehensible love for the unattractive, wayward parts, of His otherwise perfect creation.

Email ThisBlogThis!Share to TwitterShare to FacebookShare to Pinterest
Labels: Clash of the Titles, COTT, Lotis Key, The Song of the Tree