Part 1: Q & A with William Sirls, Author of The Reason

Win an Autographed Copy of this Book

Enter the drawing for an autographed copy of The Reason by William Sirls. Here's how:

Be sure to leave comment here to let me know how many entries you are eligible for. Drawing will be held October 15 and winners will be announced here. 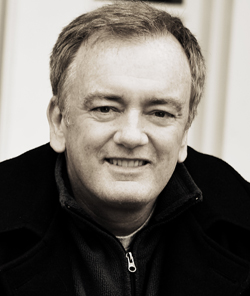 I understand that The Reason is your first novel. Would you mind telling us when and how you got the idea for the story and how it was developed over time?

I was inspired to write this story in early 2004, which on the surface was a pretty difficult time in my life. I had just gone through a divorce and was in the middle of activities that were hurting a lot of good people. Those activities would ultimately lead me to federal prison.

I clearly remember walking down a hallway at a hospital in Detroit, to visit my oldest daughter who had just been diagnosed with type one diabetes. It is safe to say that I was drowning in my own pity party when I came across a young couple, probably in their late twenties, pulling their son in a little red wagon.  The little boy was probably around three years old, hairless, frail, and he had a gray and ashen look that suggested the end was probably near.  For me, it was one of those rare moments in life when you realize that your problems aren’t as bad as you think, and while I was trying to fathom the amount of stress this family was going through, this little boy looked up and smiled at his parents and they smiled back. It was one of the most beautiful exchanges I had ever seen, and something inside of me wanted to find a way to make those smiles last, because in so many cases, particularly in cases like that, they don’t.

Over the next couple of years, as I continued to head down the wrong road in life, and continued to hurt everyone around me, I somehow, in the middle of all that destruction, wrote a manuscript about a magical character who appeared at a hospital and made smiles last.

At the end of 2007, I entered federal prison and the story got scrapped.  Prison is one of those experiences I wouldn’t wish on my worst enemy, but at the same time, there are few things for which I would trade the experience, because from a spiritual standpoint, it gave me the opportunity to slow down and realize what is important. As my faith grew, I became increasingly anxious to share some of the things I learned. I then rewrote my manuscript in a way that was a lot less magical and a lot more spiritual.

Being your first book, how did you get started? Did you take writing classes? Join a writers group? Use critique partners? Go to writers' conferences?

I haven’t taken any writing classes, gone to conferences or worked with writers groups,  but I do have a group of reader friends I show my work to that I trust to tell me what I need to hear, instead of what I want to hear. I’m sure most writers have heard this several times, but I believe the greatest thing you can do to improve your writing is to read a lot, and I will read two to four books a week. Beyond that, I have been blessed to have The Reason edited by Natalie Hanemann and Lisa Bergren, two very talented ladies.

Read part 2 to the interview tomorrow.