About The River Rose 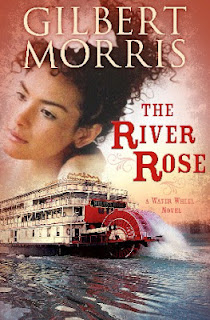 Life hasn’t been easy for Jeanne Bettencourt, a widow approaching thirty and struggling to provide for her eight-year-old daughter. But hope arrives in the form of the Helena Rose, a steamboat she unexpectedly inherits from a distant, departed relative. Jeanne’s father had captained a similar vessel and taught her how to pilot a steamer along the banks of Memphis. She’s looking forward to a renewed livelihood on the mighty Mississippi.

However, as plans are made, news comes of another heir to the Helena Rose -- a tough man named Clint Hardin -- and a clause in the will that says claimants of the estate must live aboard the boat. Jeanne, a Christian woman, makes it clear she won’t stay with a man who is not her husband. But both are desperate for work, so they agree to keep their distance as Clint occupies the lower deck and Jeanne takes the captain’s quarters.

As they restore the Helena Rose, the slowly softening Clint becomes attracted to Jeanne -- who is now being courted by a wealthy plantation owner. With her family and future at stake, the desires of Jeanne’s heart are duly complex. Only her simple faith can navigate her through what’s about to happen. 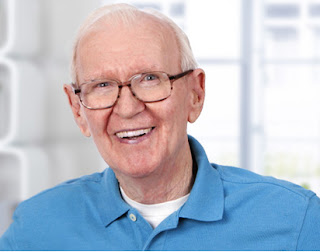 About Gilbert Morris
Gilbert Morris is among today's most popular Christian writers, his books having sold over seven million copies worldwide. A former pastor and English professor, he specializes in historical fiction and won a 2001 Christy Award for the Civil War drama Edge of Honor. Morris lives with his wife in Gulf Shores, Alabama.

Q and A with Gilbert Morris
What is your writing method? Do you write in the morning? At night? All day? How long do you write in a single session?

I have no set schedule for writing a novel. While I am working on it, sometimes it goes easily, and I just pour on the coal. If it goes badly, I have to spend more time on the text. Naturally, I love it when the words seem to flow!

How do you do your historical research?

I think it can be easy to do too much research, just as it can be a mistake to do too little. Some writers are so anxious the give the historical background, that they forget the story. My own problem is to do a good job with research and with the story.

How do you manage to keep your dialogue true to the time period without allowing it to sound stilted?

Reading a great deal of Dickens, for example, will carry over into the writer’s work. There is a danger that all of a writer’s characters will sound alike, which makes for bad fiction. I always try to find some characteristic that will set a character apart, perhaps bad grammar or a pronounced regional accent.

You used to follow the same storytelling technique of the late Sidney Sheldon—told your stories on tape to get the rough draft down, and then had them transcribed to start your writing process. Are you still using this technique for your current books?

Yes, I do dictate all my books. I take the outline and the list of characters, and put each chapter on a cassette. Then I have a lady take the tapes, type them out, and send them to me. Of course, when I get the hard copy, that’s usually when the hard work of revision rears its ugly head! My daughter Lynn, who has written some fine novels, helps me with this stage, for which I am profoundly grateful.

In many of your books, you feature a strong female main character that suffers from flaws and weaknesses. Why do you write about women in this way?

I try to give all characters, both male and female, young and old, flaws and weaknesses. That is human, and if a character is perfect that is totally unbelievable!

Look at the great classic novels by the great novelists. All of them set forth characters, who, in one way or another, are flawed. It is the job of the novelist to dramatize the characters as they attempt to overcome these flaws.

Your novels have a number of female characters with red hair and green eyes. Is that based on a real person?

Got lots of red hair in my family, so I always like redheads! No green eyes. I just get tired of trying, in a book with forty characters, to give them eyes that differ. Blue, brown, green. What other colors can eyes be?

I did say of one shady character, “He had eyes the color of spit.” Now, really, that character had to be evil!

What fascinates you most about 1850s Mississippi?

It was a dramatic time in American history. The Civil War, the rise of modern transportation, the beginning of our industrial growth.

How did you decide to set your story on a steamer?

When I was a boy, I lived for a time in Helena, Arkansas. The river then was still thick with the sternwheelers, and I would sit for hours on the bank of the river and watch them, and riding on one was a thrill.

When you’re writing a series such as the Water Wheel series, how do you decide which characters to carry over into the sequels?

I usually make this decision before I begin the first novel in the series. Some generational sagas lend themselves to stepping from one book to another, others I like to confine to one book.

I have a signed a contract to do a trilogy about San Francisco in the 1850s. That opens up the door for a family to go through (1) the gold rush of 1849, (2) the rise of rich people and how they are brought down, and (3) the earthquake and how the family survives and strengthens.

What book project are you working on next?

I am working on Book #2 of a series called Western Justice. These three westerns are set in Oklahoma Territory shortly after the Civil War. Judge Isaac Parker had 200 marshals to keep order, and many of them were killed in line of duty. The most famous of these is Heck Thomas, but if you’ve seen TRUE GRIT, you get the flavor of the series. Romance, action, Christian doctrine!

What is the one thing that you want to leave readers of The River Rose pondering over?

As in all my books, I want my readers to see how vital it is to serve God no matter how difficult that might be.

Do you have a long-term plan for your novel writing? Are you planning to retire, or can we eagerly anticipate dozens more Gilbert Morris stories?

I am working on three series at the present time. One will deal with the men and women who serve in different branches of the service.

Another is the second novel about a young woman, Jordan Lee, who serves in the military, then in the House of Representatives.

The work I most enjoy is a series of mysteries featuring a man and a woman—and two cats. I’ve written three of these, and have had a blast! They are my favorite novels. The next one will be entitled Desperate Housecats.

And no, I will never retire!

How can readers find you on the Internet?


Click here to enter drawing
for free copy of The River Rose
Posted by Sidney W. Frost at 6:00 AM