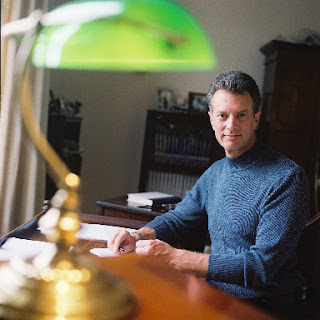 I am pleased to have Davis Bunn join us today to talk about his latest novel, Book of Dreams. Check in tomorrow for my review
Davis Bunn did his undergraduate studies at Wake Forest University in North Carolina, where he earned honors degrees in both economics and psychology. He then travelled to London, where he continued this dual approach, earning a Master of Science degree in both industrial psychology and international economics. After teaching at a Swiss university for a year, he entered into a business career that took him to more than 40 countries in Europe, Africa, and the Middle East.
Davis came to faith at age 28, and began writing two weeks later. Before that point, he had never written anything longer than a business report. He wrote for nine years and completed seven novels before the first was accepted for publication. That book was The Presence, released by Bethany House in 1991. Davis and his wife, Isabella, make their home in Florida for some of each year, and spend the rest near Oxford, England, where they each teach and write. Visit Davis at www.davisbunn.com

About Book of Dreams 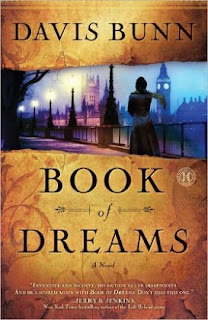 For Dr. Elena Burroughs, life is divided into two chapters—before and after the death of her husband. Today marks the point that her span of being a wife is equal to her span of being a widow. Even her success as a psychologist and her worldwide acclaim for a book on the interpretation of dreams is dimmed by an unspoken “If only.”
Then a new patient arrives, one so private only her first name is given. Impeccably dressed and escorted by two bodyguards, Sandra recounts a frightening series of recurrent nightmares. Elena agrees to consider her case more carefully, convinced that something ominous may be at work here.
Elena's interpretation of Sandra’s dreams confirms that, indeed, the new patient and her family confront a powerful global network of dangerous forces. As the story unfolds, they face a key question of the Christian life: How do you understand and fulfill the will of God?
Read Chapter 1 of Book of Dreams for free
http://tinyurl.com/68eg7f5